Adventurers, it’s Wednesday, so it’s time for T5W! This meme is over on Goodreads if you’d like to get involved too!

This week we’ve been given a freebie, and I’ve decided to share my top five favourite series and why you should read them (if you haven’t yet). When I picked this as my topic, I really didn’t think it would be so hard to pick only five! But here goes (in no particular order)…

I read the Red Rising series last year, and technically I haven’t actually finished it yet! So there was originally three books in the series, Red Rising, Golden Son and Morning Star, then Iron Gold was released in January 2018. So I’ve actually only read Red Rising and Golden Son, I got halfway through Morning Star and something BIG happened and then I just didn’t know what to do and needed time to process everything, turns out I needed longer than I thought and still haven’t picked Morning Star back up yet. But there is a reason why it’s on this list of course, because everything I have read so far, and yes even the BIG thing (which totally broke me btw), was amazing. So if you haven’t yet, I highly recommend picking these books up, they’re so worth everything, I promise!

This series seriously does not get talked about enough, Samantha Shannon became an auto buy author after reading this series, not that she’s actually brought anything else out yet (Priory is to be released 2019). There’s currently only three books out so far and this is a whopping SEVEN book series, so there’s still an awful lot of waiting around for the other books, but you’ll be kicking yourself if you wait that long before picking them up. The first book in the series is The Bone Season, then we have The Mime Order, then The Song Rising. I loved all three so much and these books have one of my absolute favourite ships ever. I also got the chance to briefly meet Samantha Shannon at YALC and she was so nice!

Not everyone’s favourite, and I know there’s a ton of people who don’t like SJM books, but the Throne of Glass series, while isn’t perfect, does have extremely good character development. I read this series back when I really first started getting into reading and I felt like my reading kind of grew with Sarah’s writing, I developed along with the books and characters and for that it will always hold a special place for me. The Final book, Kingdom of Ash, is due to be released in October and I’m going to be so sad to say goodbye to these characters I love so much! There’s currently seven books in this series (if you count the compilation of novellas). Here’s the books… The Assassins Blade (novellas), Throne of Glass, Crown of Midnight, Heir of Fire, Queen of Shadows, Empire of Storms and Tower of Dawn, with Kingdom of Ash releasing in October.

Penryn and the End of Days – Susan EE

The Penryn and the End of Days books are probably my most read books on my shelves, they’re the books I seek out when I’m in a reading slump and need something to help me want to read again. There’s three books, Angelfall, World After and End of Days and there’s not a thing I don’t love about each of these books, they’re YA but dark and gritty. I also love the two main characters more than anything, they’re probably two of my all time favourite characters in anything, ever. That’s how much I love them! It’s strange, I haven’t written as much about these books as the others, but I find it a lot harder to write about these books, I’m not sure why.

I couldn’t have a top book series post and not include some Schwab! The Shades of Magic series is amazing, the world and characters Schwab has created are just incredible and I love them so dearly. Honestly reading the last book was heart breaking, knowing I wasn’t going to be able to go on any more journeys with my babies. These were the first books of V.E Schwab’s I’ve read and they made her (yet another) auto-buy author for me, I will always want more of whatever she’s writing! Also Schwab books have some of the best quotes ever. Here’s the books, A Darker Shade of Magic, A Gathering of Shadows and A Conjuring of Light. I still remember when the cover reveal for ACOL happened and I pretty much died.

That’s it. Five of my favourite series and why I love them/why you should read them. Of course, I have TONS more, like Nevernight, which you should all definitely read because it’s freaking amazing. But for now, that’s all we have time for!

Are any of these some of your favourites too? Are there any here you haven’t read yet? Or any you’ve read but maybe weren’t a fan of?

9 thoughts on “T5W – My Favourite Series And Why You Should Read Them.” 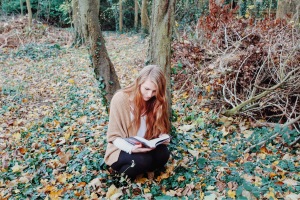 Hey! Welcome to Her Paper Adventure, this is my personal little corner of the internet where I talk about, review and fangirl over books. You’ll also see photos, tv show rambling/reviews and some other bits and pieces!